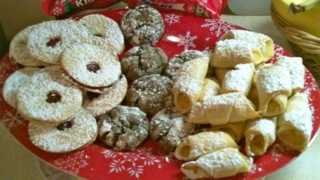 Popular dietary literature states that we humans were born with this drive to shovel as much food down our gullet as possible.

The idea is that we never knew where or when food was coming so we had to eat it and eat lots of it when it became available.

I hate this theory. It paints this picture that we have been trained through the eons of time to over eat and the whole role of dieting is to control our base animal instincts. Its as if staying in shape were a daily fight against the cave man within.

I don’t like the idea of a daily struggle. Instead I like to look at it a different way:

I don’t believe we have the DNA to fill our face like gluttons. If anything we are designed to eat just enough and then stop.

Take for example the popular TV show Man vs. Food.

The highlight of each episode is when the host takes on a food challenge like eating 10 hot wings that could remove the chrome from a fender.

Many of the challenges are volume based where he has to eat a massive quantity of food that no ordinary human being would ever dream of.

At first, he digs in and savors the deliciousness of the food. However as time passes, he starts to struggle. He reports feelings of fatigue, lack of taste, discomfort and even nausea.

Could it be that his body is telling him to stop eating??!! Is it actually sending him signals that it doesn’t want any more food??!!

Maybe the body isn’t always stuck on “feed me” mode. Maybe it doesn’t have the constant intake of calories as the highest priority but rather a more balanced preference towards consumption.

The basic idea behind healthy eating, here at R.D.P, is that the body has at least some idea of how much to eat for optimal health. It won’t keep eating too much nor will it make bad food choices.

However, we are often told (many times by the diet industry) that we can’t trust ourselves. That we are these primitive creatures that lose ourselves anytime there is a plate of cookies within our line of sight.

I know I used to feel that way, but I can swear on a stack of Bibles that the desire to eat like that is not something you have to live with.

You can trust yourself, you can learn to do it and it is possible.

In Part 2 of this report I go into why Dieting actually keeps your primitive mind in “Feed Me” mode.