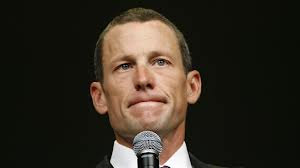 The denial is over! Lance Armstrong has confessed to using performance enhancing drugs while racing the tour.

The cycling and sports world is reeling with questions about what this will mean for cycling, racing and Lance’s finances. I however have a much more important concern:

Will you let Lances confession keep your fitness potential in check?

Whenever someone would be caught with steroids or cheating in some other way, I would   use that to further bolster my own insecurity. I would convince myself that high levels of performance and fitness were only possible with drugs.

I especially see this in the “hardcore” attitude many take on within our fitness culture. It seems like everyone and their mom is all about how “you’re workout is my warm up” or how much pain you can endure over your competition.  So many people want to believe they are at their limit.

But we’re not at our limit. Not even close, but that’s hard to admit. When we see someone  with far higher levels of performance we try and let ourselves off the hook by saying it’s genetics or that they are on drugs.

Sure genetics and drugs play their role, but that doesn’t excuse the fact that we all have so much more potential.

Believe what you will about Lance and the athletes who use drugs. Whatever you do, don’t lose your faith in your own potential.  You have so much more sweet potential than you can ever imagine. Don’t keep it in check just because a few apples have been found to have a few spots.