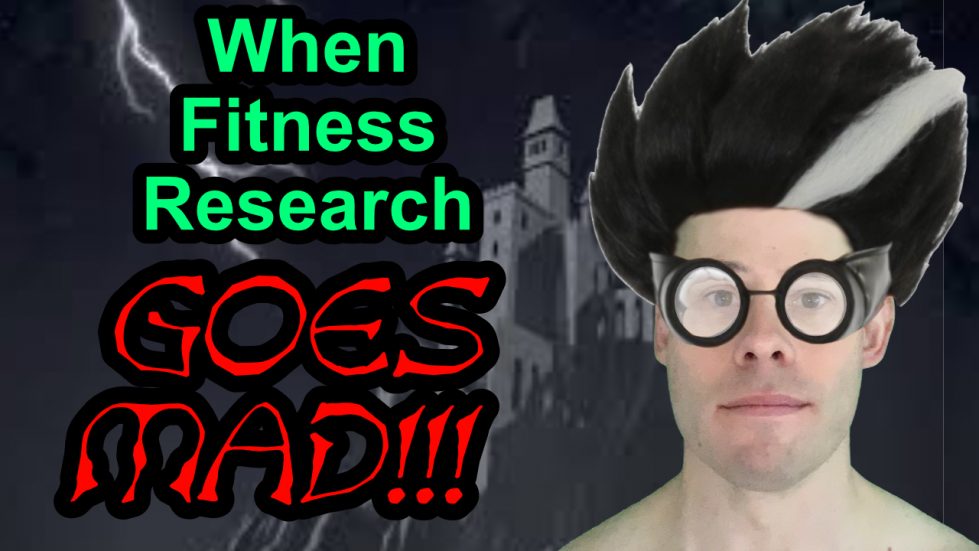 Fitness research is often sighted as supposed proof in various diet and exercise debates. It makes sense to do this, but is it as sound a strategy as we think? Does sighting scientific research actually prove a given side on a debate is correct?

Sighting research is one of the best ways to lend support toward a theory. It’s a lot more reliable and trustworthy than an argument based on an idea that just sounds right.

Three of the most reliable sources of data are peer-reviewed research and meta-analysis studies. If a paper if a peer-reviewed paper is published, it has the support from multiple sources. There’s less chance the findings and interpretation will be off base. Achieving similar results across multiple studies also gives more credibility to a theory.

Scientific studies are sometimes cited to support a point of view in debates on fitness. Unfortunately, they are used in a rather perverse way to build hype and create manipulative power. This often happens at your detriment.

The most common example is the sighting of research as supposed “proof” than an idea is conclusive and absolute. It’s an attempt to add fuel to a dogmatic perspective and say “see we’re totally correct and our theory is 100% infallible.

Why is this important to you?

Fitness research should be educational, not manipulative. It takes a lot of education and experience to adequately harvest reliable information from a study. I know enough to understand I have no business claiming I can reliably interpret fitness research. That’s why I trust other experts, like Greg Nuckols and the folks at stronger by science, to compile, analyze and present fitness research for me.

Aside from that here are a few of the general guidelines I try to follow when it comes to looking at fitness research:

While a single study may not definitively prove much beyond doubt, it can provide support for a theory. The more studies that point toward a certain outcome, the more support there is for that argument. It still may not be definitively right or wrong and that’s a good thing. You don’t want to have your beliefs and actions thrown around by every random study that comes your way. Support takes time to build so having a great deal of supportive research for a particular idea means you can rely on it more despite the random study that seems to point to the contrary.

#2 Ask if something is necissary

You can show me a million studies supporting the idea that a ketogenic diet can aid in weight loss but I’m still not giving up my ice cream and fruit. It’s not because I don’t believe a keto diet won’t work, it’s just that I know I don’t have to do it to lose weight. Plus it’s not something I want to do.

Understanding there are many options for attaining a goal is the objective of Fitness independence. It gives you the freedom to use and modify habits that align with your resources and preferences. After all, the worlds greatest diet or workout program can’t do much if you struggle to stick with it. That’s why it’s important to ask if it’s necessary to adhere to the theory in the study because if it isn’t there you’re free to discard it regardless of what the research claims.

#3 Does the research work in real life?

All theories and ideas are only as valuable as their practical application. It doesn’t matter if something works in a controlled study, if it doesn’t work well in real life then it doesn’t work. It’s also a good idea to look for exceptions in the real world. A convincing study may claim that coffee is bad, but what does it say when millions of healthy people drink coffee every day and are fine?

Ultimately, fitness research is important and incredibly valuable but we need to be careful not to take it out of context. It’s not a prescription on how you’re supposed to eat or train and it shouldn’t make you greatly change your diet or exercise habits every time a new study comes out.

Successful fitness habits usually don’t radically change very often. They remain pretty consistent and evolve over time. This is both due to what we learn in fitness research and as you learn what works best for you. The more you can align supportive research with your own best habits the better off you’ll be.