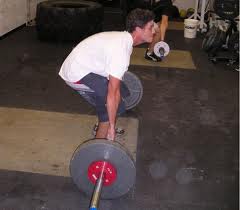 No amount of weight can make this look good.

Since I’ve been training in the body weight disciplines I’ve been getting a lot more of something that I never expected.

It’s not just more muscle, strength, power or balance. It’s respect and admiration from others.

I must admit I was one of those guys who loved to lift to feed my ego. I always liked going to the gym to not only get in shape, but also as an attempt to impress others.

That was a long time ago. Over the years, I came to the realization that no one in the gym particularly cared what I did or how much weight I could lift. After all, I never really cared what other folks were doing so why should I expect them to return the favor?

The funny thing is, in the past 2 months I’ve had more than a few complete strangers approach me in the gym and tell me they were impressed with how I moved in my workout.

It’s crazy how lifting heavy weight never made anyone so much as glance in my direction, but a set of single leg squats or powerful pull ups can make jaws drop.

I think the key is in the technique. When I was lifting I often would often compromise my technique in order to lift more weight. I figured the weight was the impressive part, but I was only fooling myself. Everyone around me would pick up on my poor technique and figure I was just someone who was there to feed my ego (which I was).

With a shift to body weight exercise came an emphasis on technical progression. Now better technique was the goal rather than just lifting more weight.

The cool thing about a strong technique is that it looks impressive even when someone doesn’t know what they are looking at. Even if they don’t know how hard it is to do push ups without sagging hips they sense the strength in a tight body as it moves up and down. They may not know how much control it takes to not wobble while doing single leg squats, but they still admire that control when they see it.

It’s human nature to want to impress other people. It’s no sin to want to be or have something impressive so don’t be ashamed to want to do so.

Over all though, take your ego out of the numbers in your workout log and put it into a solid technique. Even if you’re reps are low and your weight is relatively small, people will respect it for the focus and power it requires.