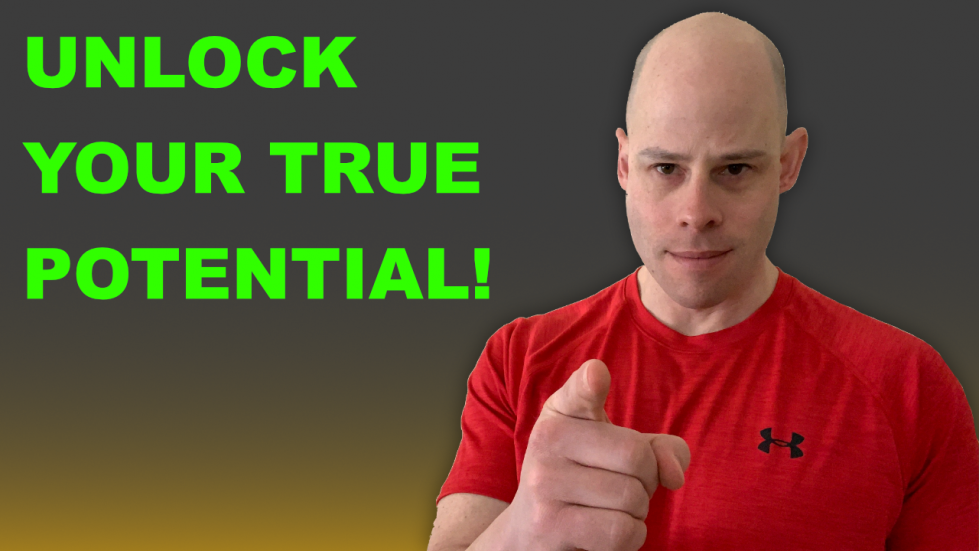 I know how frustrating it can be to work super hard, but nothing seems to work. Maybe you’re learning all about the latest diet and exercise research or perhaps you’re working as hard as you can every day in the gym. Yet despite doing everything possible progress is slow or nonexistent so what’s the deal?

Most frustration with diet and exercise comes from having either a logic or emotion dominant approach to fitness. A logic dominant approach is when someone is focused on the technical knowledge required to execute effective habits. Examples include how to program a workout, or how various foods influence the health of the body.

An emotionally dominant approach is when someone is focused on the feeling and sensations their habits produce. This isn’t quite as logical and quantifiable. It’s hard to put a number two how you feel about eating a doughnut or doing a set of push-ups. Nonetheless, the emotional side of fitness is just as important as knowing what to do.

As a human being, you are always a combination of these two. You have an emotional fuel source deep within your subconscious that is driving your motivation and habits. You also have to obey the scientific laws of the natural world. Almost always, when people struggle in fitness it’s because they are lacking in one of these key areas. They either lack the scientific know-how regarding what they should be doing or there is an emotional sticking point preventing them from taking the consistent action and effort required for success.

It’s exceedingly rare for someone to be equally competent in both of these areas. Almost everyone, myself included, is either logically dominant or emotionally dominant when it comes to fitness.

The logic dominant individual thrives on quantifiable data and numbers. They want to always know the best way to do things and is usually consuming a great deal of information regarding diet and exercise.

The emotionally dominant individual is someone who is a fast action taker and highly motivated to get their hands dirty. They have a strong sense of will and purpose behind everything they do. They are also very much in touch with how their habits affect their inner world. They know how workout makes them feel on both physical and emotional levels and they typically have a pretty good understanding of how to eat without their emotions getting in the way.

The challenge for the logic dominant individual is they often lack the emotional fuel source to take the required action on a consistent basis. They will often put off taking action until life becomes a little bit more tranquil or when they feel the time is right. When they are taking action they often second-guess what they are doing and have trouble maintaining their habits. Small challenges in life can derail their plans and they are more prone to take breaks as life often gets in the way. They are also very prone to paralysis by analysis.

The emotionally dominant individual has trouble applying their efforts in a productive way. They believe they can get results through just hard work and effort applied overtime. As a result, most of their effort isn’t applied in a constructive manner because they are not well educated in what they are doing. They will typically pass up the opportunity to learn more believing they already know what they need to.

Being both logic or emotionally dominant is a good thing. It is a strength to have a deeply analytical mind and a thirst for new information. It is also a strength to be internally motivated and have a lot of emotional fuel driving you forward.

Unfortunately, a lack of either will keep you stuck in your current situation. The emotionally dominant individual will be in a never ending plateau if they don’t learn how to progress their habits no matter how much effort they put into them. At the same time, the logic dominant individual will never get very far if they lack the emotional drive to continue taking action on a daily basis.

The good news is no matter what your strength is you can unlock your potential by recognizing the inherent weakness on the other side of the coin. If your logic dominant individual identifying your emotional sticking points to either resolve or work around them can help you make the most of what you have learned.

If you are emotionally dominant, taking a workshop or reading a book can help make your productive habits much more effective.

It’s not about trying to dampen your current area of focus but rather to shift your attention towards the other side so that it’s neglect is no longer holding you back.