Back when I was a weights-only kind ‘a guy I had the notion that body weight training wouldn’t be effective because it was not nearly difficult enough.

After all, I would load up a barbell with a bunch of weight and squat with it and I needed that extra weight to challenge my muscles enough. Simply squatting with just my body weight was not adequate to really develop my full potential. 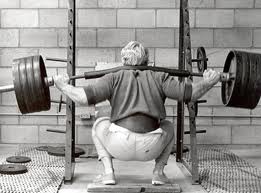 Since then, I’ve changed my mind. I now believe that the human body can be plenty heavy enough to challenge any muscle group.

Take for example the fact that most home weight machines come standard with a 150 lb weight stack. For most folks, and for most exercises, 150 pounds is plenty of weight. It was pretty uncommon for someone to upgrade to the 200 pound weight stack when I used to sell them. 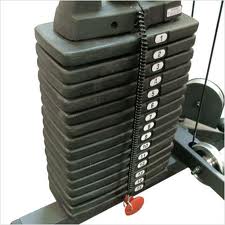 My body weighs more than that basic weight stack. I tip the scales at about 175. So if 150 pounds on a weight machine is enough then my own personal 175 should be more than enough.

In the world of free weights, much the same can be said. A lot of adjustable dumbbells come in sets that only go up to 100 pounds (50 pounds per hand). Most barbell sets are sold in 300 pound sets and most folks don’t lift much heavier than 200 pounds or so.

So if the common weight selection is less than what most folks tip the scales at then it would seem that the weight of the body is most certainly capable of providing enough resistance.

But hold the phone. I know a lot of you are thinking that weight is not just weight. 50 pounds on one machine could be like 70 pounds on a different machine. And then there are strength curves, force vectors and all sorts of funky physics to play around with.

For example, when I do a pushup I may be lifting my whole body, but because of the leverage of the move I may not have 175 pounds of resistance. I know some people will say that doing a push up is the equivalent of doing a bench press with your own body weight, but believe me, it’s not even close.

It’s the same case with an incline leg press machine vs. a squat. With the squat you move the weight strait up against gravity. However if you put the same weight on the leg press it would be much easier as you press up against the plate at a 45 degree angle.

So weight is not the real issue here. What we are really concerned with is resistance.

We can also adjust the leverage by how many limbs are involved in an exercise. Doing a standard pushup is one thing, but doing a single limb push up is a whole different story.

The beauty of leverage is that it can cause a very easy or a very difficult level of resistance from the same weight. This is largely why I always say I can use body weight based exercise to challenge even the most elite athlete yet make the same exercise suitable for someone in rehab.

So is the weight of the human body enough? Absolutely! I rarely would use dumbbells that weigh half as much as I do (88 lbs) and back in the day when I did use weights like that I was using leverage to make the lift easier so I could in fact lift it.

And besides, when all else fails it’s always possible to simply add some weight to the body in the form of weight vests, dip belts, sandbags, and elastic bands. The good news is that it seldom takes little extra weight to really challenge a body weight based exercise. A 50 pound bench press might be easy for some people, but push ups with a 50 pound elastic band is a huge challenge for even the strong.

Rest assured there is more than enough resistance to go around with body weight based exercise. Its just a matter of knowing how to use it.