As a martial artist, skier, mountain biker and all around super hero wanna-be, I live and die by the speed I generate from my muscles. Some day’s I’m bouncing around like a gummy bear, while other days I’m a blob of oozing sludge.

My issue has always been never really knowing how to train for speed and power. When I did experiment, I did stuff that was either mildly effective (box jumps for time) or simply downright dangerous (tossing up a barbell bench press and praying I catch the damn thing.) I had little plan, poor technique and no progression. So thank heavens Paul Wade just wrote the manual on how you can build lightning fast power safely and progressively in Explosive Calisthenics (Convict Conditioning 3).

The first section of the book spells out exactly what speed and power training really is and what it is not. I was surprised to find that some of the stuff I was doing to build speed wasn’t really that helpful at all. I was particularly interested in learning ways popular methods like box jumps, plyometrics and olympic lifting fall short. There area also 5 key principals towards building that power which body weight training fills the bill perfectly.

The second part is the real meat of the program which is based on 6 progressive body weight movements that build explosive power over your entire body. These moves include: 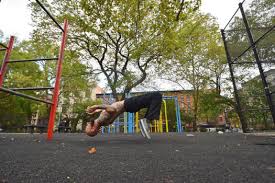 Using this selection made me aware just how much I was missing out with basic medicine ball tosses and jumping around. This list has been filling in some massive gaps in my own training.

Of course you can have all the technique in the world, but it’s useless without some proper programming methods which are part 3. These include several ways you can ensure you’re training in an optimal way with sample programs and tips to ensure you don’t end up doing endless reps with little effect.

If you’re looking for a bit more on the cardio side of things, this book also has you covered with ways you can apply each of the basic 6 into a small spaces cardio routine. 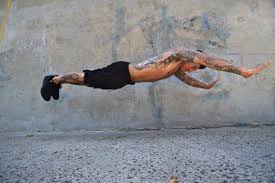 Lastly there’s some great bonus material at the end including Paul’s top ten advanced tricks for speed plus some useful agility drills.  Many of these animal agility drills are similar to moves I’ve used in the martial arts. They are fantastic for filling in the cracks that traditional up-down-up training can leave.

I’ve only been playing with the techniques for a week but I can already feel I’ve got a bit more pop when I bound up stairs and get up off the ground which is something I do a lot of during the day. This sort of experience is reminding me of when I started Convict Conditioning and I quickly noticed that I was stronger, not just in the gym but in everything I did day to day. I take it as proof that this stuff has a ton of real world application and functional carry over to any sport.

Like the other Convict Conditioning Manuals, the advice is practical and realistic for anyone in decent health to start using, yet you won’t find yourself out growing it any time soon. It offers a clear and direct road map towards moves that have long seemed impossible or highly improbable for people for years. Now there’s hope for the slowest and least agile of us all. We are no longer doomed to a life of being slow on our feet and sluggish with our hands. Thanks to Explosive Calisthenics the world of calisthenics, and training in general, just got a whole heck of a lot faster.

Be sure you don’t get left behind!

Bonus Episode: What’s Next for the Red Delta Project

How To Handle An Injury When Working Out At Home

Starting A Gym Or Training Business? Here Is What You Need To Know