The 3 “Taboo” Foods You Should Keep in Your Diet 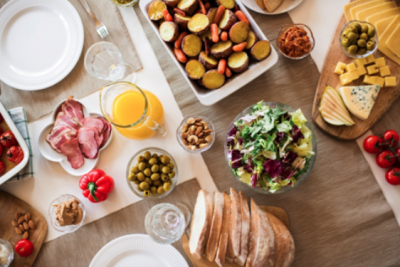 In recent years, the emphasis on a healthy diet has been underscored as more people aim to improve their lifestyles, holistic wellbeing, and ecological impact. In fact, according to a recent survey from the International Food Information Council (IFIC) Foundation, more Americans are shifting from fad diets and transitioning to eating for general health. However, it seems old habits die hard, because while consumer demand and interest in healthy food have increased, consumer understanding of what actually constitutes healthy has not. CNN Health has reported that 8 in 10 Americans second-guess the dietary choices they make largely due to incomplete dietary information.

Often, this leads conscious consumers to just opt for any food labeled as “organic” or “natural”. While foods labeled under those descriptions infer that they are grown without any synthetic chemicals and have been minimally processed, there are also plenty of “junk” foods that are highly beneficial. Here are some supposedly “taboo” foods that are surprisingly good for you:

Among all the grains, white rice has unfairly been considered the “most unhealthy” because of its relatively high rating on the Glycemic Index (GI) of 72. However, in moderation, white rice is a quick and easy way to fill up on energy-boosting carbs and glycogen. White rice also has the advantage of being more gut-friendly than brown rice and other unprocessed grains, so you’re at a lower risk of having allergy symptoms or gastrointestinal issues. Plus, they’re easy to cook. With some quality rice grains, water, and an Aroma rice cooker, you can cook up the perfect batch every time. Plus, since the rice cooker has versatile cooking options, you can even steam veggies or simmer stews to have alongside your rice. Just remember: Don’t feel bad for loading up on those carbs.

Alcohol is often one of the first things people veto when trying to make a healthy diet shift. But studies from health authorities like the American Heart Association have shown that moderate beer consumption can lower one’s chances of developing cardiovascular diseases. Scientific evidence on Rxlist even shows that consuming around two servings of beer daily can help promote thinking skills and reduce the risk of developing Type 2 diabetes. Considering that diabetes and heart disease are two of the most common chronic diseases in America, beer as possible prevention is definitely something to say cheers to.

A breakfast staple for many, bagels are known for being calorie-dense bread with as many as 300 calories per serving. Taking into account all of the toppings we love to pile on, that can total to about 600 calories already. The good news is that those calories aren’t as “empty” as some bagel naysayers like to say. When eaten sans sugary toppings, a bagel’s carbs can be a great energy booster. If you want to increase these benefits even further, try whole-grain bagels instead. Rich in dietary fiber, whole grains have important minerals like B vitamins and iron to help the body’s immunity. And despite their cult status, Goodhousekeeping’s bread machine article says that anybody can make their own bagels at home. This means you’re free to add more healthy ingredients like chia seeds, fruit, or whatever else you fancy.

Due to media and societal pressures, many foods like these have been villainized unfairly. Of course, there are some instances when certain foods (including the ones above) are better cut out of one’s diet. For instance, those with gluten intolerance should rightly avoid bagels. Meanwhile, those trying to stay sober are right to stay away from alcohol.

What this tells us is that what constitutes “bad” or “good” food is relative to a person’s needs. Hence, characterizing some foods as immediately “taboo” isn’t just untrue—it’s also harmful, especially for those struggling to build a good relationship with food, as discussed in one of our Red Delta Project blog posts. That said, it’s important to know the foundational truth behind diet and fitness if you want to be truly healthy and happy.

Squats! What You Need to Know Building Muscle & Burning Fat; How to Do Both at The Same Time

How My Approach to Fitness Has Changed Over The Years

Building Muscle & Burning Fat; How to Do Both at The Same Time

How I Finally Achieved a Workout / Life Balance