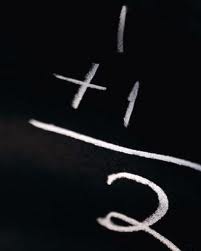 I’m a HUGE fan of simple. I love it so much I have based my entire life upon the principals of simplicity. I even based my one and only tattoo on the idea of simplicity.But once in a while I come across someone who comments on my Youtube channel or in the gym who says:

Love your ideas but it’s not that simple……

Ahhh yes, welcome to the age of enlightenment. Where we have so much enlightenment we are slinging it back and forth like food in a high school cafeteria.

We are suffocating in statistics and drowning in data.

I once filling my head with every ounce of information I could get, but after 15 years of it I realised I was getting absolutely nowhere. If anything I was going backwards. It wasn’t until I started to disregard most of that “essential” information that things started to make sense and click.

As I learned more about simple and effective fitness methods I started to realise that making things crazy simple wasn’t some act of mental spring cleaning; it was completely essential.

Well I better be, because it’s really hard be fit and have a normal life if your diet or workout routine is more complex than something a grade school student couldn’t understand.

Simplicity means freedom, flexibility and a permission to not stress over every stupid little detail that throws the fitness world into a tizzy.

If I want to get stronger I lift heavier. If I want to run faster, I pick up the pace. If I want to lose fat I eat less and if I need to build endurance I go longer.  These methods have always worked and I dare anyone to find exception to them.

This fitness stuff doesn’t need to be rocket science.

Rocket science is complicated. It takes teams of people with lots of complex knowledge and complex equipment just to shoot a tin can into space. It took civilisation thousands of years to reach that level of complexity. We humans have been losing fat, running faster and getting stronger when we were still using cave walls as a stone age Facebook.

I don’t give a damn about the differences between Kettlebells of Dumbbells or how the body metabolises fructose differently than sucrose. I figure that if the difference was really that great then I would have experienced it after 20 years of playing this game.

I’m also not interested in stuff that has to take years to take effect. Something that increases my chance of cancer by 10% over the next 30 years is nothing I’m going to change my breakfast cereal over. I’m also not going to take on exercises that promise results by this time next year.

I just kept duming every thing down to the most basic elementary lessons and based everything on that.

I really do believe that everything you need to know about fitness and nutrition can be learned from watching Sesame Street. That’s the pure fitness knowledge that will set you free before you get into the whole he-said-she-said noise about the 20 year old research on how beets effected fat loss enzymes in mice with blue eyes.

If you’er stuck or confused I invite you into the world of the simple. If you want help specifically, hit me up in an E-mail. I really want to show you just how wonderful simple can be.